Please Activate WooCommerce Plugin First, to use it.

Irene Primary offers learners various winter and summer sporting codes but the most recognisable sporting codes are that of Soccer, Netball and Athletics. 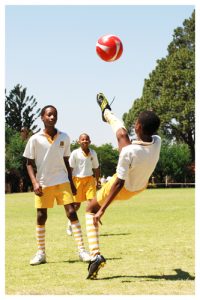 Irene Primary hosts an annual soccer tournament that sees 20 schools participating over two days; play is split up according to age groups. The under 13 teams compete for the coveted IPS Annual Soccer Tournament Trophy. All other age groups are played as friendlies. The tournament is used to create a fun and enjoyable atmosphere for all age groups. Furthermore, it creates a sense of community among all the participating schools and further develops the already strong bonds between all those participating. At present, Irene Primary has a total of 16 boys soccer teams and 10 girls soccer teams. The boys teams currently play in the Football Association Pretoria Primary Schools Cup (FAPPS). The FAPPS Cup has recently been introduced to the girls league, and with plans to further develop our girls soccer programme, the hope is to soon enter our senior girls team into this league. On average, 6 Under 13 boys are chosen at the end of term one to attend the John Collier Trials. These trials serve as the first round of zonal trials. Boys soccer teams play on average a minimum of 5 friendly fixtures, and a maximum of 5 FAPPS Cup fixtures should the teams progress through their respective rounds. Boys soccer is played in Term 2. 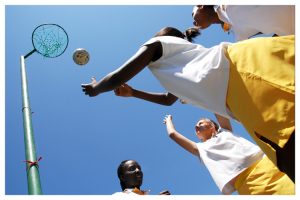 The Netball programme at Irene Primary School has grown and continues to improve. At present, Irene Primary has 15 active netball teams from Grade 1-7. The netball season commences in Term 1, whereby all participating girls are involved in pre-season training. Every year, 16 girls are chosen to represent IPS at the zonal netball trials. The trials, much like soccer, serve as an opportunity to develop skills, play against the strongest players and most importantly, to mix, mingle and make new friends within the netball community. Netball season takes flight in Term 2. All netball teams participate in the Tshwane South Netball League. IPS plays against a variety of schools throughout the term. On average, netball teams play a minimum of 6 matches in term 2. 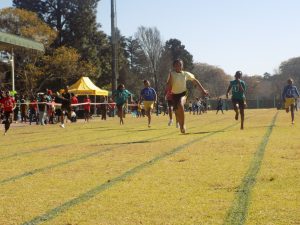 Irene Primary School Athletics team is made up of approximately 100 learners from Grade 1 to 7. IPS is affiliated to the Pretoria Primary Schools’ Athletics Association (PEPSAA), and are currently in the A-Bond. On Average, The athletics team can participate in a minimum of 5 friendly athletics meetings in term 3. The athletics season is culminated by two major events: The PEPSAA Interschool’s Meeting and the PEPSAA Prestige Meeting. The interschool’s meeting allows the best from each school to participate against each other in the respective events. The top 3 athletes from each age group are then selected to compete in the Prestige meeting. Gold, silver and bronze medals are awarded at both Interschool’s and Prestige. These meetings often allow talent scouts from surrounding  High Schools to identify potential talent. Irene Primary has maintained its status in the A-bond for the past 2 years.